Over the next few years, a lively, urban commercial district in Humboldthain, Berlin Mitte will be constructed, covering an area of nine football pitches.

Find out more about the planned Am Humboldthain neighborhood and take part in the “Open Project Development”, in which a sustainable utilization concept will be developed together with you in moderated workshop discussions. 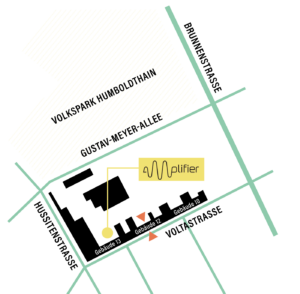 16:00  Presentation of location and workshop procedure

Exchange and discussion on topics of free choice

Parallel during the break for those who have joined:

Presentation of location and workshop procedure

18:30   Greeting from the Mitte district and clarification of objectives

Exchange and discussion on topics of free choice

Take a look at this video about the Quartier am Humboldthain and our “Open Development” process.

8th June 2021, Berlin: Coros has been developing the Quartier am Humboldthain (QAH) in Berlin Mitte for nearly a year now. Yesterday, the “Open Development” process began with Büro Dr. Vogel GmbH. The district is located on Gustav-Meyer-Allee, south of Volkspark Humboldthain. The site was acquired in 2019 with its current assets. On the former Nixdorf production site, a lively commercial quarter will be created over the next few years. Both local residents and experts are being actively contacted to participate in the development process, in order to establish what should be built on the approximately 65,000 m2 plot. The Quartier am Humboldthain is one of Berlin’s biggest urban regeneration projects and currently the largest commercial development within the S-Bahn Ring. The planning period for the new district will extend over the next 3-5 years, with its essential urban development outline set for completion by 2028. The project is being managed by Quartier am Humboldthain GmbH, and news and reports on the district’s development are publicly available on quartier-humboldthain.berlin.

The Quartier Am Humboldthain is being built in one of Berlin’s eleven “Zukunftsorte”, or sites of future innovation, in the Gesundbrunnen district. For decades, the area was associated with AEG and the electrical industry and is characterised by its industrial buildings and workers’ quarters. Nowadays, the district is being transformed into a place of science, research and contemporary services. The Quartier am Humboldthain has already been designated part of the Humboldthain Technology Park (TPH). Together with institutes from the Technische Universität (TU), Berlin, the Fraunhofer Institute for Reliability and Microintegration IZM and various innovative companies from technology, IT and research sectors , as well as media and creative industries, science and commerce are already working closely together on this site. Construction here will allow the location and district to benefit from new and opportunities.

When it comes to what the quarter should be used for, its location offers a whole variety of possibilities . Close-by are the recreation area Volkspark Humboldthain and the historic buildings of the former AEG factory, which surround the quarter. The workshops that began yesterday will form the basis of the “Open Development” process and will determine how the site can be used in the future. A variety of commercial uses are possible here. Development of the quarter will allow the site to become an integral part of the existing public urban space, with walkways through the quarter and public access, particularly on the ground floor, being just two ways in which this can be achieved. Our goal is to create spaces for as many different users as possible.

Developed by Büro Dr. Vogel GmbH, the aim of the “Open Development” process is to achieve a broad consensus between residents and key stakeholders from politics, commerce and science by developing a workable concept of use for this special location. To achieve this, several discussion rounds with residents as well as representatives from politics, commerce and science will take place. Wishes and suggestions for the development of the quarter can be expressed during facilitated discussions. These will establish a solid basis for the development of the quarter.

Coros is a long-term oriented real estate company that aims to identify unused potential in urban areas and to create sustainable added value for a modern urban society with sustainable utilization concepts.
More about Coros at coros.de.

Workshops for the development of the Quartier am Humboldthain began in June with the first session of experts. This is the first of several workshops with both expert stakeholders and residents. Over the next few months, all requirements, suggestions and desires for the quarter will be discussed and developed. Together with residents and stakeholders from the local authority, politics, commerce and science it’s our aim to develop a lively and future-forward commercial area on this site, which covers nine football pitches. 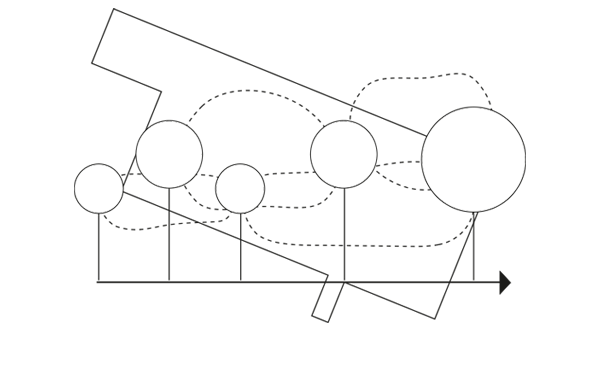 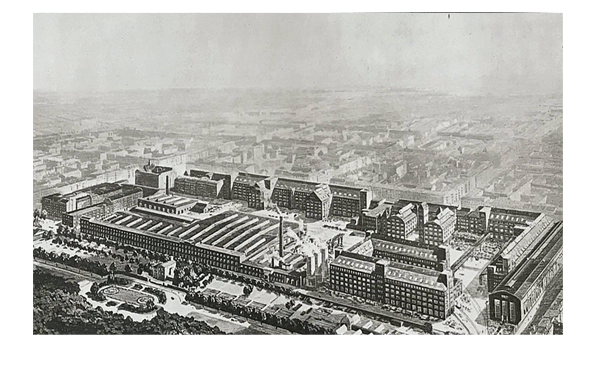